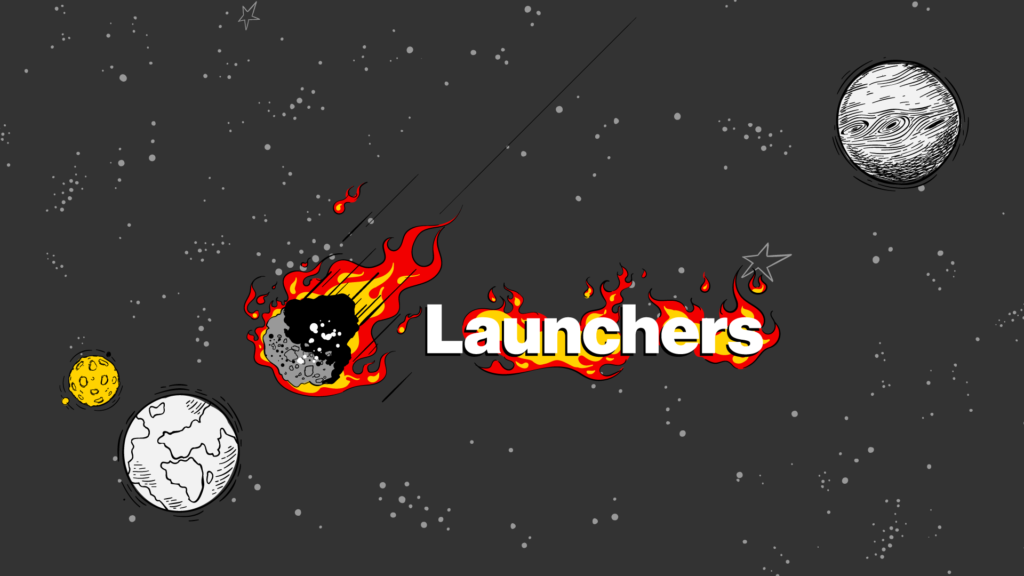 When I created Launchers, the “World’s First Social Network for Web Designers”, I made a mission statement.

I said that if Launchers didn’t turn into what I wanted it to be, I would “destroy it with reckless abandon myself”.

Why would I make such an aggressive commitment?

Well, in the preceding few paragraphs, I talked about what I wanted the Launchers community to be:

“Yes, joining Launchers is 100% free. All I ask is that, if you decide to join us, you add genuine value to what we’re building here.

There’s too much mediocre fluff floating around out there. Spammy Facebook groups, popup-splattered blogs and cringe-worthy YouTube channels that are out to make a quick buck are far too common.

Launchers will be different. It will be a genuine place for aspiring web design entrepreneurs to help each other grow their business and design the life they want.”

After over 2 years of working on Launchers, today is the day I admit that it has failed to do most (if any) of those things.

I tried to fix it

Originally, I felt like most of the problems were coming from the platform I was using to build this community, Mighty Networks.

A few days ago, I told the community that I had found a solution to this, and was preparing a migration to a new community platform. 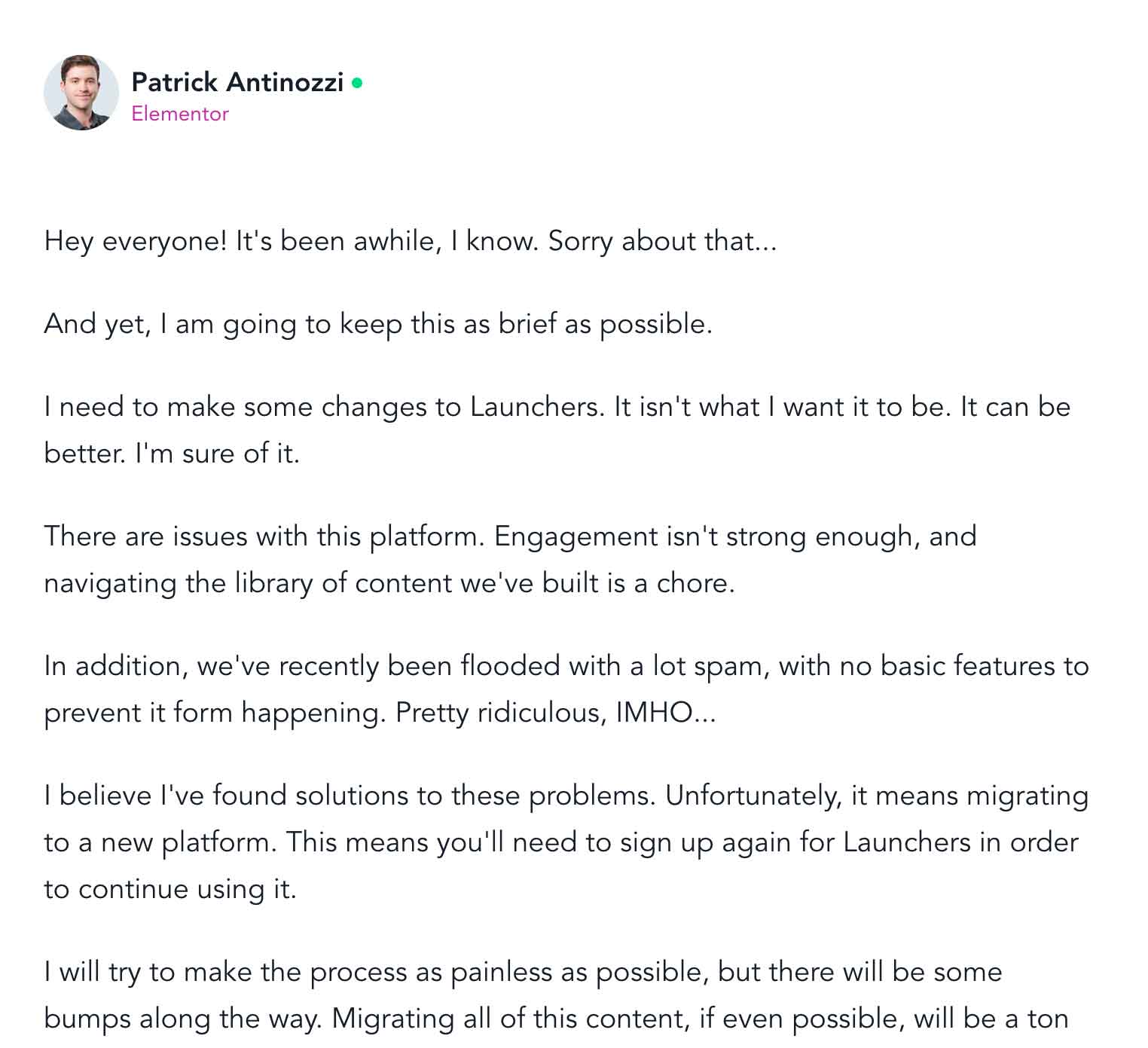 It was going to be a ton of work.

But the response I received encouraged me, and convinced me I was on the right track. 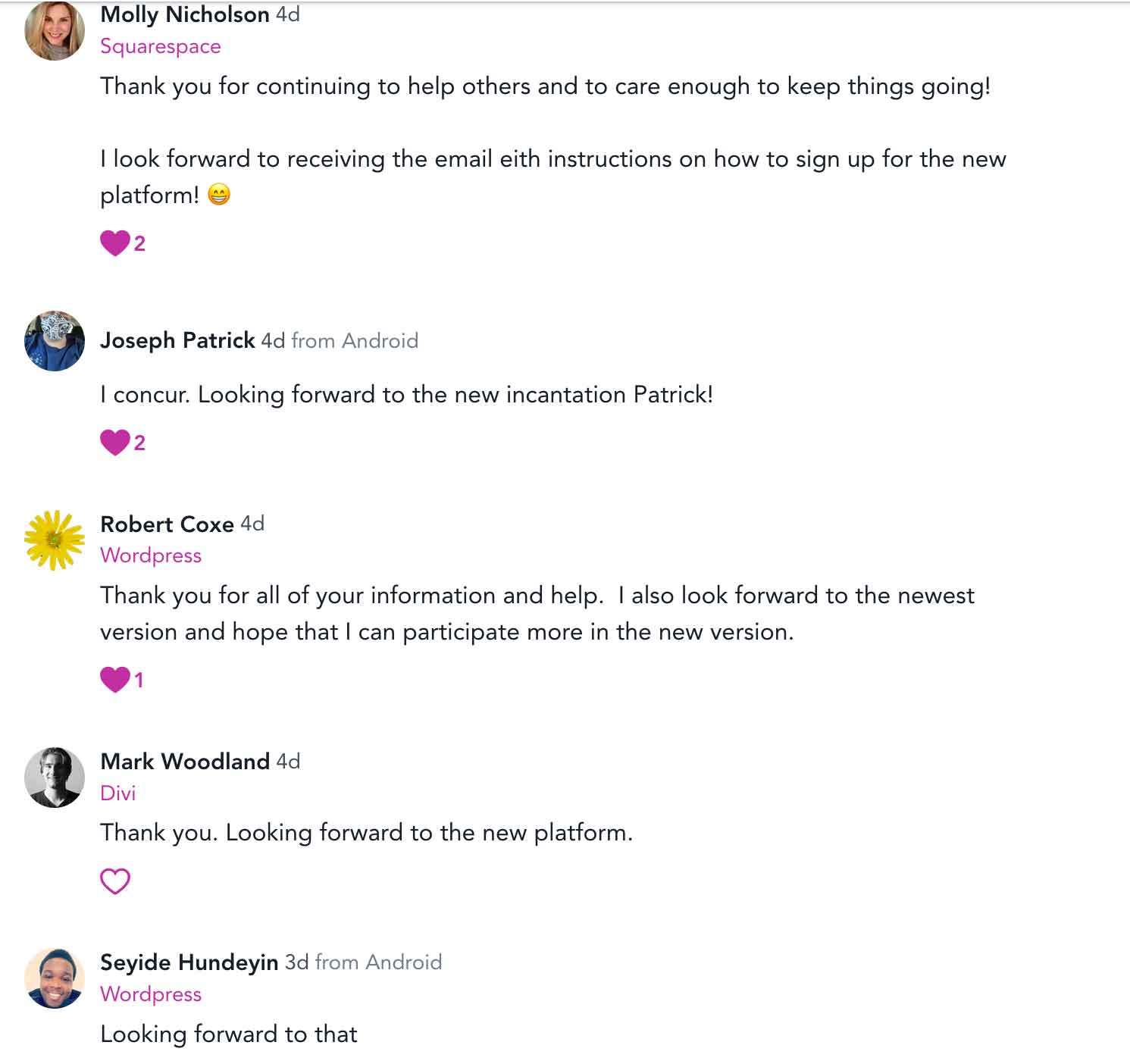 Which is what makes this announcement all the more difficult… 😔

So, at the very least, I feel like I owe you an explanation.

4 Reasons I Decided to Kill the Launchers Community

Here’s why I decided to cancel the Launchers community:

1) People were constantly joining, but not engaging

In 2 years, the Launchers community went from zero to almost 1,000 members.

That in itself is pretty awesome. But any community is only as good as the activity that is found within.

I saw the same process repeat itself over and over.

I feel like there are a number of reasons for this. The primary one being the format of the community.

Launchers was built more like a social network than your typical forum. Each member could “follow” other members and topics and receive posts from them in their own “feed”.

This created a burden on myself to constantly produce fresh content. With time that I simply do not have.

2) It became too much about me, and not about the community as a whole

I don’t like social media. I’ve talked about this a lot.

Which is why I was uncomfortable about where Launchers was going as a community.

It felt like people often looked to me for answers on anything and everything. Rather than the community as a whole.

I don’t want to gain “followers”. I want to make connections. Which is why I love doing the web design coaching sessions so much on the podcast.

3) My priorities have dramatically shifted

My ultimate goal with Launchers was to build a self-sustaining web design community that required very little input on my part.

I could be the spark to light the flame, but that flame would be fuelled by the kindling and wood from other members.

It was clear to me that this wasn’t happening.

My business is also busier than ever. I need to allocate a larger percentage of my “work-time” towards satisfying all of these new clients.

And, above all, I’m now a married man! I have a wonderful wife that I want to devote my time and energy to.

4) The platform became plagued by spam, with no solution in sight

This one really irked me. Because it should have been so easy to solve.

As the community grew, it started to attract more attention from spam bots. They were automatically creating accounts and posting links. Some of which was even pornography!

When I contacted Mighty Networks about this issue, they told me to make my network private to prevent bots from finding it. When I informed that this would make my community extremely difficult to find for future members and impossible for Google to index, they said they will give my feedback to the product team.

I honestly couldn’t believe it.

Mighty Networks could have solved this issue with a simple Captcha box when members sign up. This would prevent bots from automatically creating accounts and posting spam.

Instead, I got the canned “we’ll look into it for future updates” response.

So with all of the tough stuff out of the way, let’s talk about some of the great things that came out of the Launchers community:

1) I connected with a ton of wonderful people

As I mentioned before, we were able to grow the Launchers community to nearly 1000 members.

But even more impressive than the quantity of people is the quality.

I connected with aspiring web designers from all over the world:

This was by far the most enjoyable aspect of building this community. And I don’t expect it to end!

2) My business’ vision has become clearer

Through the time and energy I’ve spent building the Launchers community, I’ve been able to apply the Pareto principle to my business.

I now have a clearer picture of where my time is best spent. I have never been more focused. Something that is all too valuable in this day and age of distractions and temptations.

3) I learned a lot about community-building

And it’s a lot more work than I thought!

So… what happens to the Launchers podcast?

I want to be crystal clear about something.

I love doing the podcast. A lot more than I thought I would.

In fact, I love creating content in general. I miss writing blog posts and making videos as well.

So, with the community ending, I’ll be able to double-down my efforts on producing more great content.

Finally, a Thank You 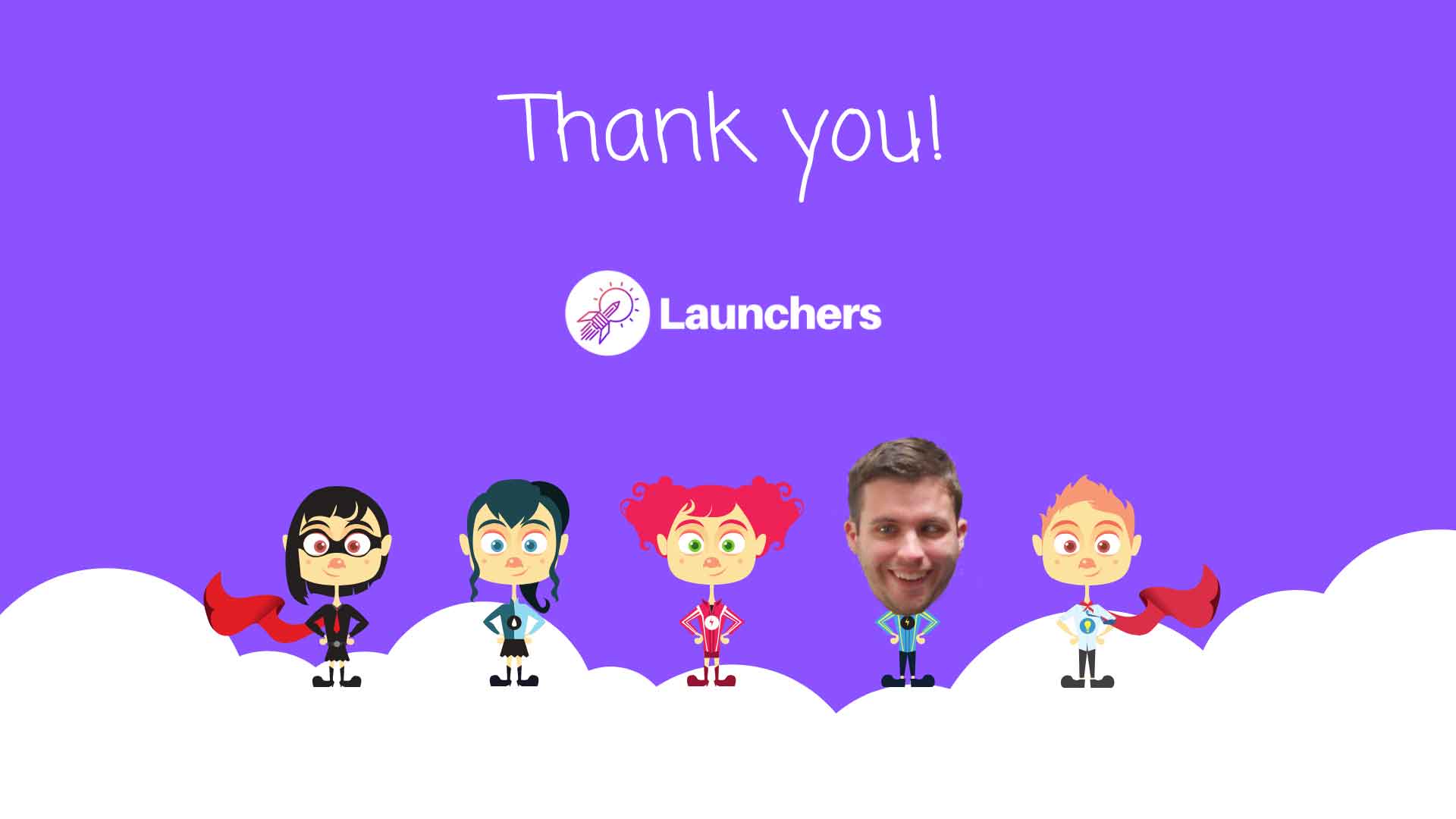 I want to thank every one of you who joined the Launchers community over the past couple of years.

While it didn’t turn out exactly how I would have liked, there were still some great connections, posts, questions and answers.

And a special shout out to those who shared my vision and pushed really hard to make Launchers something special. I appreciate it a lot.

I hope you found the Launchers community useful to you in some way.

And, as always, I’m always reachable by email: patrick(at)rapidweblaunch.com.

So if you have a thought/question/comment/recipe/joke that you would have shared in Launchers, send it to me directly instead. 🙂

Thanks again, everyone. Stay tuned for more killer content and stay safe! 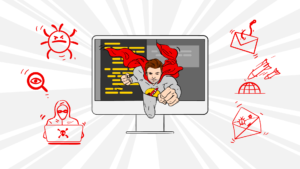 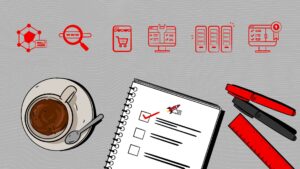 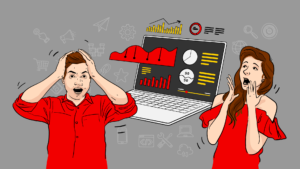 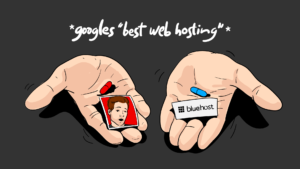